According to sources, the Briard dog is an old breed of French working dog, which goes back in history as far back as Charlemagne. Images of them are seen on tapestries as far back as the 8th century. They are mentioned in records from the 12th and 14th centuries.

At one time they defended their flocks from wolves and poachers. After the French Revolution, they were used for herding and guarding their owners' property. This breed was owned at different times by Napoleon, the Marquis de Lafayette, Thomas Jefferson.

The breed evolved over centuries by natural selection for its herding and guarding abilities. The Briard was used during World War I, to carry messages and supplies to the front line, search for wounded soldiers. 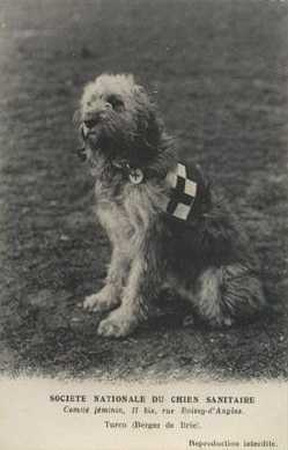 Due to his keen hearing, reputed to be the most acute of any breed, he was used by the medical corps to search for wounded soldiers. The reports stress the amazing ability of the Briard to lead the corpsmen to those men which still had a spark of life in their bodies. It was said that any man a Briard passed by was beyond assistance.
pull carts and wagons, and to patrol at listening posts. By the time the war ended, there were so few Briards left due to war casualties, that it was feared the breed would disappear.
The Briard has been the official dog of the French Army. Fortunately, French, English, and American soldiers returned home from the war with stories of the dogs' heroism, and there has been a keen interest in the breed ever since.Today they are often used for search and rescue, police work, military work, herding, as watchdogs and as guard dogs.

The Breed, despite their ancient history was introduced into this country in the late 1960's. 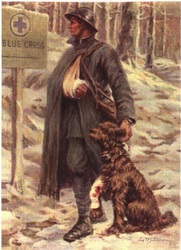 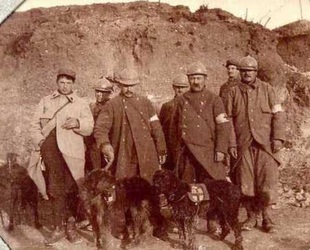 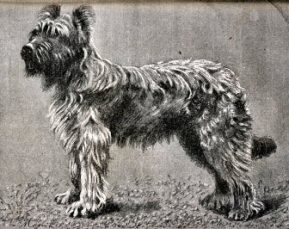 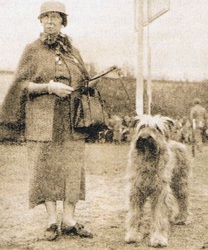 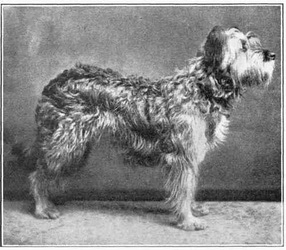